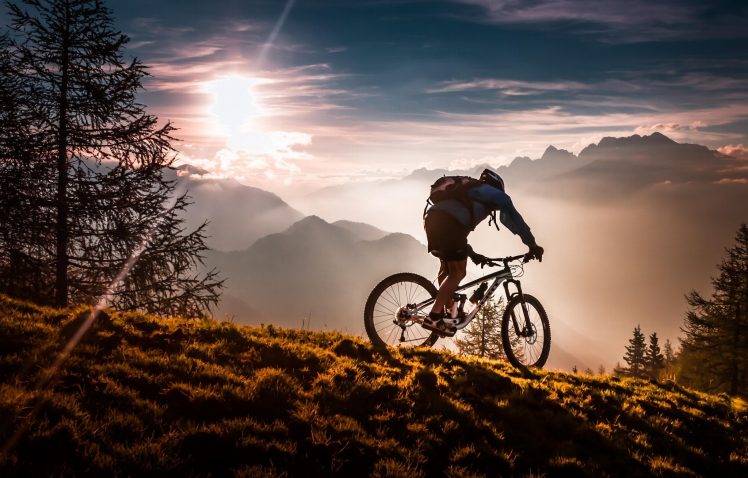 The latest activity in vogue in sports halls is called “spinning,” “RPM,” “biking,” “cycling,” or indoor cycling course. On a bike fixed to the floor, more like the road bike than the apartment bike, you are continually molding to the rhythm of the music. The pace accelerates during the sprint and then slows down. A knob on the handlebar allows you to adjust the difficulty and to imitate the most challenging climbs. Weight loss, toning of the whole body and, letting go, the discipline has more than one asset. Three coaches explain why you have to get started, too.

“On the bike, the weight of the body is carried by the saddle, so everyone can practice whatever their physical condition. It’s not like running where the weight will play a determining role on the level or the progression,” explains Xavier Verbeke, coach and founder of Kona, a room dedicated to biking in Toulouse.

If the high pace of the leading peloton in front of the coach makes you nervous, don’t worry. The practice is also suitable for beginners and less sporty. “Regardless of the person’s ability, he or she will adapt the effort to his or her level. I even had an 80-year-old regular and pregnant women in my classes,” said Vincent Martin, Product Manager, and coach at the CMG Sports Club.

Six hundred calories spent on a woman in 45 minutes, more than the Big Mac at lunchtime. Cycling eliminates and not just a little. “We dry out fast. Some see the effects after a month, with two sessions a week, ” says Verbeke. So if you want to lose a few pounds but running alone in the cold doesn’t get you excited, the practice is done by you. “The exertion being very intense, the body continues to burn until twelve hours after the exertion. This is called the afterburner effect,” added coach Vincent Martin. Put, the intensity of training develops muscle mass more rapidly. And the more muscles you grow, the more calories you burn in the medium to long term.

In cycling, the heart muscle works at different rhythms, thanks to the alternation of intense and calmer training phases. This is called fractionation. In addition to allowing the body to progress and gain efficiency, the method enables better recovery and ultimately lower heart rate. In other words, you won’t be out of breath when you run 100 meters to catch the bus.

Many women flee the bike for fear of having Jimmy Vicaut’s thighs (the proof in pictures). This is the first of the concerns raised by coaches. To reassure the majority, Clotilde Chaumet, from Dynamo Cycling and égérie Nike, reminds us: “look more at your coach’s body.” In other words, legs that are curved despite 15 hours of cycling per day. “We work on the back of the thighs and the buttocks, not the quadriceps. The goal is not to “inflate,” she says.

You don’t have to do three sets of 50 bust readings every morning. On the bike, abs work as hard as legs. “We get up; we sit down, we squeeze the ABS to stand up straight… The indoor bike develops more the abdominal strap than a thigh-abs-buttocks course where you contract, relax. In cycling, we contract all the time,” says Vincent Martin of CMG Sports Club.

The arms and shoulders also work, especially in the climbs where you have to hang on to the handlebars. To enhance the effort, some rooms add specific exercises such as Pull-Ups or weight lifting.

“I haven’t seen a single injury in 15 years,” said coach Vincent Martin. And for a good reason. Unlike running, cycling does not cause shocks or trauma to the joints. But be careful of your position. Poor placement can lead to knee and back pain. This is why the coach takes five minutes before starting his course to adjust each bike.

You will have understood: the courses are intense, very intense. At first, you will sweat a lot, stick your tongue out and sometimes even want to stop. But driven by the band’s music and energy, you will continue. “You are constantly going beyond yourself,” sums up Clotilde Chaumet. His positive and motivating speech pushes practitioners always to do better: “some challenge themselves to increase the distance from one course to another,” adds Vincent Martin.

If your day didn’t go as planned, a cycling session could help you get off the bike and dive into a cloud of endorphins. “The energy of the band, the atmosphere, the music, and the effort make it possible to unwind after a busy day, we are almost in a trance. Some people come every night for that,” explains Clotilde Chaumet.

For Xavier Verbeke, the indoor bike “is a bit like yoga.” The activity would have unsuspected effects on relaxation. “At the end of the session, you close your eyes, you focus on your breathing,” added the coach. Clotilde Chaumet speaks of a bubble in which one enters, freeing oneself from all evil thoughts. Cycling and yoga, same fight? All you have to do is test it.